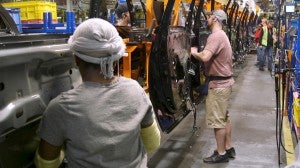 Automakers have shuttered plants in the U.S. for at least a week, and in most cases two weeks due to the coronavirus pandemic.

The coronavirus pandemic has caused major disruptions across the U.S. for automakers and the lives of those working for car companies not to mention those who own or are seeking to own vehicles.

Thus far, automakers have taken a two-pronged attack when it comes to their employees. General Motors, Ford, Fiat Chrysler, Toyota, Honda, etc. have all required anyone who can work from home do so until further notice.

However, this doesn’t work for those churning out vehicles and components. After some initial resistance, every automaker – Tesla being the last – has shut down plants for at least two weeks. Some have already implemented a shutdown, while others will begin March 23.

“GM and the UAW have always put the health and safety of the people entering GM plants first, and we have agreed to a systematic, orderly suspension of production to aid in fighting COVID-19/coronavirus,” GM Chairman and CEO Mary Barra said in a statement. 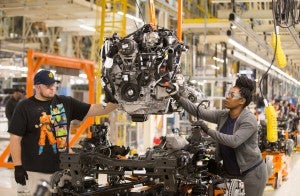 Many of the automakers plan to use the down time at the plans to clean and sanitize those facilities.

While that accounts for all of the plans to make sure employees are safe for the time being, the companies have also focused on other areas as well. Many of them are offering those with auto loans or leases some form of relief. 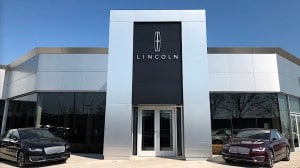 Many automakers are offering strong incentives, hoping to draw buyers to purchase a new vehicle.

These efforts are crucial as even before the coronavirus outbreak, financial trackers like Experian were warning of an increase in the number of owners falling behind on payments – about 7 million at least 90 days delinquent. And that number is expected to skyrocket along with pandemic-related job cuts. Challenger, Gray and Christmas, a national employment tracking firm, on Friday reported that it had already recorded more than 9,000 COVID-19-related job losses, with another 14 million U.S. jobs “threatened.”

BMW Group, Fiat Chrysler, Ford, General Motors, Nissan, Hyundai, Mitsubishi and Toyota are all offering to help owners through repayment plan flexibility and deferrals. Additionally, those same companies are also offering special financing offers for new vehicle buyers, including 0% financing as well as payment deferrals for as much as 120 days on new purchases.

The pandemic has created such discord, but out of those issues some bright spots have emerged. Not that many places are open, but if you do need to go somewhere, drivers can get there cheaper and more quickly than at any time in recent memory. 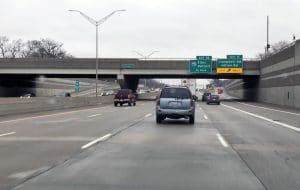 Detroit had anything but a rush hour on Thursday evening.

Across the country, traffic jams have all but vanished, even on some of the traditional most overcrowded highways, such as I-405 in Los Angeles and I-85 in Atlanta.

In Los Angeles, real-time monitoring by mapping service TomTom showed that traffic levels were off fully 51% as the rush hour got underway in earnest Friday morning. The previous night it was down fully 87%. San Francisco, at the center of the first region in California with a stay-at-home order, saw as much as a 76% decline in normal rush-hour traffic Thursday evening, according to TomTom’s tracker

In New York, where there’s been a surge in the number of cases of COVID-19 – the disease caused by the coronavirus – both mass transit use and highway traffic have come tumbling. On Thursday evening rush hour, TomTom reported, roadways saw a 75% decline in traffic.

Even in cities that have not seen major outbreaks of COVID-19, traffic is down sharply as more and more Americans work from home or simply minimize normal errands and other travel. Chicago’s Thursday rush hour saw a 61% decline, notoriously traffic-snarled roads like the Kennedy Expressway, Interstate 90, moving almost entirely at speed limit. 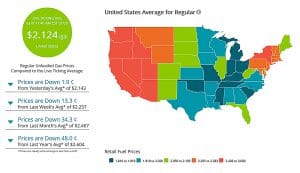 Adding to the good news for those still needing to drive, fuel prices continue plunging, the U.S. average now down to $2.17, according to tracking service GasBuddy.com.

Both GasBuddy and AAA now anticipate prices for unleaded regular at self-serve pumps will drop below $2 a gallon for cash payment before the end of the month. As of Friday morning, the average was at or below $2.00 in 17 states, having fallen an average 1.8 cents nationally overnight. Prices were lowest in Oklahoma, at an average $1.82, though some individual stations across the country were priced below $1.40.

There are few experts who anticipate the situation with traffic situation, as well as with fuel prices, to reverse anytime soon.

Everything works, AC blows cold and vehicle looks great. There is a rod knock coming from the engine. I had it checked out and the tech said it needs a new engine. I have found several used engines for $600 to $800 plus you will need installation. Tires are good.
more details… 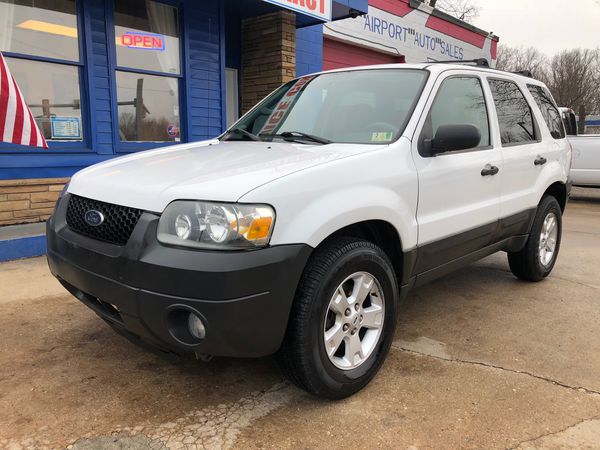 “#travellikeralph and GE stranded on side in busy freeway with blown out right rear tire all smoking and mangled! Lug nut froze. Waiting for roadside assistance at 2:15AM. “Life is a Highway, All Night Long!””
(taken at pulled over on the 15)

God, give us grace to accept with serenity the things that cannot be changed…

Courage to change the things
which should be changed,
and the Wisdom to distinguish
the one from the other.

Living one day at a time,
Enjoying one moment at a time,
Accepting hardship as a pathway to peace, Taking, as Jesus did,
This sinful world as it is,

Not as I would have it,
Trusting that You will make all things right, If I surrender to Your will,
So that I may be reasonably happy in this life, And supremely happy with You forever in the next.

“Hanging with several of the Auto Industry’s greatest women and leaders at Lift (Aria). Joni, Jennifer and Christy are inspirational! #autocon2013 ”
(taken at ARIA Resort & Casino)